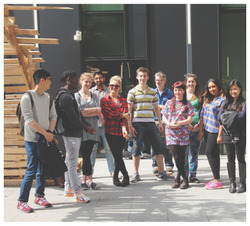 At the final day we presented the posters and a short film showing the process of constructing the farm. 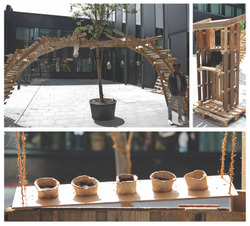 On Friday we cut open all the mushrooms to make them ready for hanging. Unfortunately, almost none of them grew and the coffee waste was still covered by a white mold, however it showed the process of the growth. 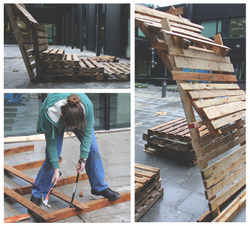 On the day 5 we began building the farm, starting with disassembling the pallets. The weather was bad and it was raining most of the time. We managed to construct the skeleton of the dome and at the end of the day it already had a roof. From both sides we attached 'benches' which also worked as a support for the construction. 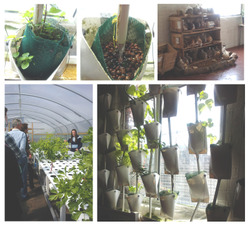 We visited the Biospheric Foundation where Vincent Walsh explained the whole idea of using waste to grow plants and how his project works. He showed us the roof greenhouse and a chicken farm. After the general tour we also came by to his organic shop. 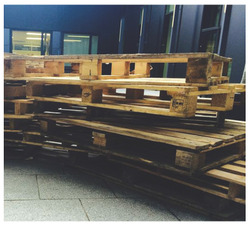 We changed the idea of using the plastic crates and instead, we brought some wooden pallets from the nearest construction sites. 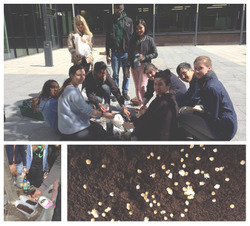 The second day was focused on planting the seeds of three different types of Oyster mushrooms. We used plastic bottles, cans and plastic bags to layer the coffee waste and seeds in it. Now we just have to wait for them to grow! 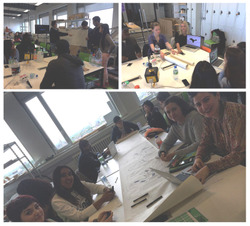 The idea of the Mush Farm was to use coffee waste to grow Oyster mushrooms. The project was inspired by Vincent Walsh from the Biospheric Foundation. After the seeds are planted, they have to sty covered till the white mold appears, then the containers can be cut open to allow the mushrooms to grow.
The whole group has been divided into smaller groups to come up with the ideas and designs for the construction of the farm. After the morning of brainstorm, we presented everything to each other. Then we combined all of it together to create one design which will be brought to life using plastic crates from Tesco.