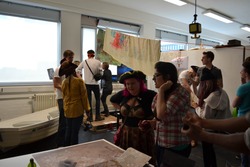 T' end was nigh! Finally we displayed our work to the rest of the group, other peers, and to the people who had first helped us cultivate ideas surrounding this event. The space was transformed into a pirates lair, with our jewels placed within it. It was an opportunity to reflect and explain our findings, as well as receiving feedback. 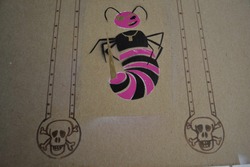 Our Queen Bee symbol on our treasure box, holding information on the city's gems. 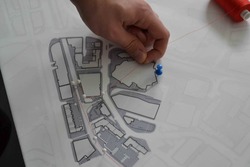 The route taken to get to 'The Portal'. 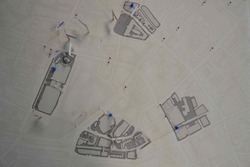 T' final outcome! Our group brought our vision together. We isolated our sites on the map, making them more prominent whilst the other parts of the city remained vague. We indicated through pink pins where the chains were, whilst blue pins determined our sites positions, and white pins marked our route. We chose to only label the road names that our route across the city took. For us, this path was the only one to take if you wanted to find the hidden gems within the city, and therefore it was inconsequential to record any other. 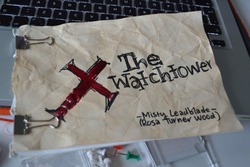 Me treaaye! A book produced that articulated my thoughts surrounding my chosen site, named 'The Watchtower'. 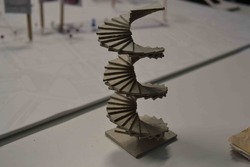 We each had personal vision regarding our site, despite having an overall theme that linked them together. I was particularly interested in why only expensive cars were parked on the top floor of the Great Northern Railway Company car park site; the sense of security seemed to be key. I began modelling the ascent taken by these drivers to their prime parking spot. 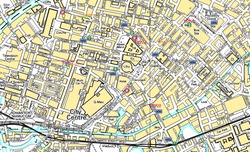 Ahoy! Now aft in Chatham! It was impediment to our group that we avoided chains. In order to make sure our route avoided all of them, we marked out the most prominent brands on a map of central Manchester. 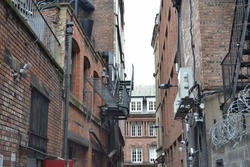 We wondered who stops at the lone benches by the ragged canal? Who uses the small lane with barbed wire and ladders hanging above? Why are only expensive cars parked on the top floor?

What decides what is a treasure in a city, and what is not? 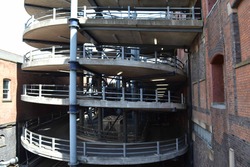 Sailin' through Manchester! With fresh eyes, and our captain beside us, we revisited our treasure. We chose spaces that we felt provided an escape from the normal hustle and bustle of city life. The gems could be found by walking a route that deliberately avoided the streets littered with big known chains. 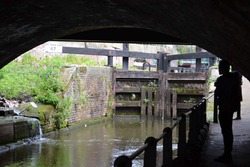 Our group explored spots that we felt where overlooked, traversing the city via the canal, through hidden tunnels and along quiet streets. 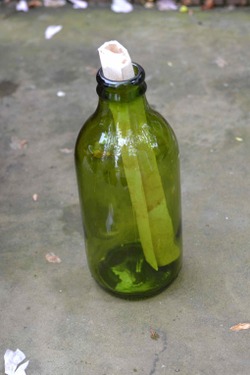 Another day o' our voyage! With bottled messages from our captains, our group walked around the city centre seeking out hidden gems. 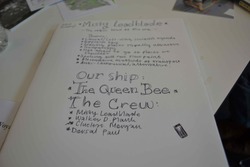 The crew, lead by Tim 'Salty' Spiller. An overview of our pirate code of conduct, with the main themes being to avoid commercial chains, and sail the cityscape by alternative means of transport. 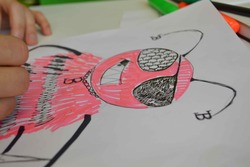 Day 1 o' our pirate journey! We met our shipmates, and discussed what it meant to be pirate in this age. We proceeded to draw up our Jolly Roger, basing it on the Mancunion worker bee, with a fearsome twist. Now to prepare ourselves for t' rough trip around the seas o' Manchester!