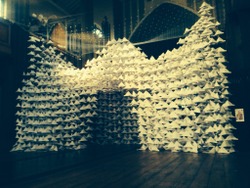 The finished screen acting perfectly as and artistic installation aswell as a functional barrier taking care of all the presented practicalities. 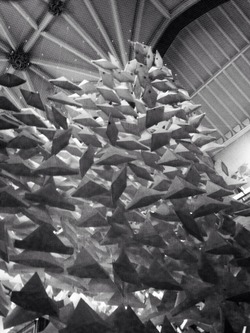 Once the main body of hats were up we began the side which seems to grow upward. We had to construct the screen in sections so that we could avoid damaging the old tile walkway. 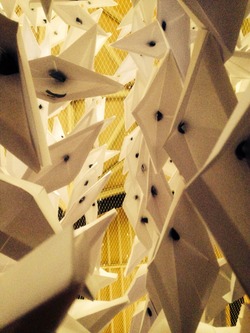 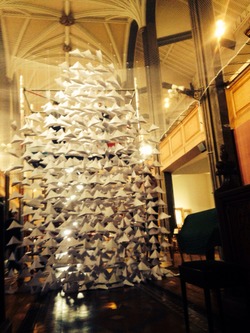 The net responded well to the weight but once we tightened the straps it became more proportionate. 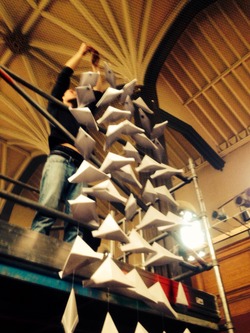 Testing the first layer of hats to check how the net responds to their weight. 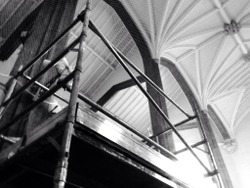 Double story Scaffolding assembled and tested. We aimed for the net to be unnoticeable and in this image it achieves this by being nearly invisible..... 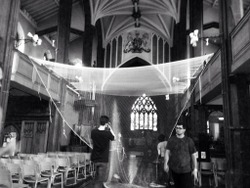 All 3 bays hoisted into position and await tweaking once we begin to add weight in the form of our screen. 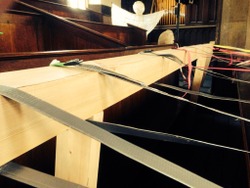 Eight ratchet straps holding each bay of the net working well. Once the weight of the screen is added the straps will allow us to tighten the net if there is and sag. 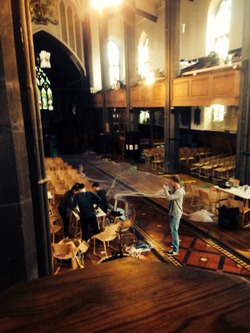 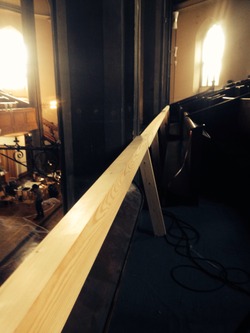 5.2m batterns moved into position and ready to be strapped down... 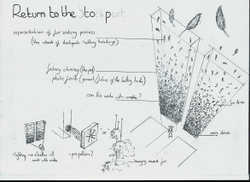 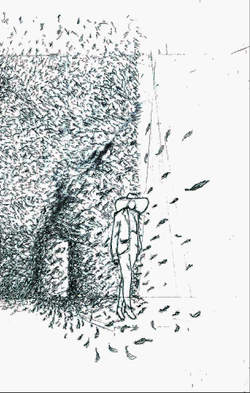 Original concept for a air propelled screen of feathers :)