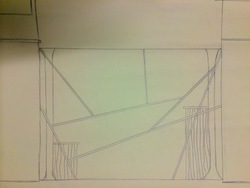 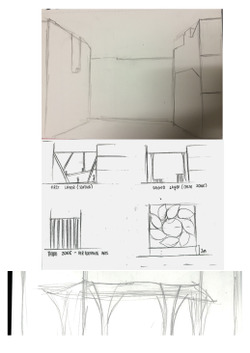 Session 4: Sketches produced from the first site visit. I chose the first site as it was located on a street which was less busy than the second site. This was an ideal location for the recreational centre. 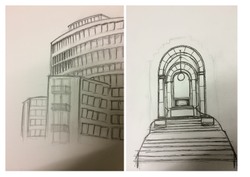 Session 2: Sketches made during the day around Central Library. 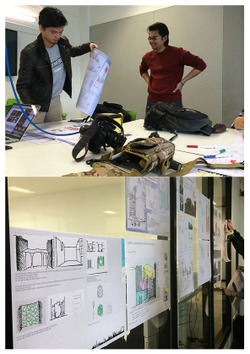 Session 6: The last day of the event. The morning began by working and finalising our process sheets and final output. In the afternoon, we pinned up our work on the 6th floor in the Chatham Tower. 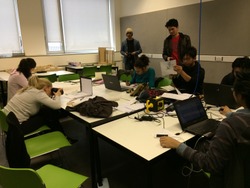 Fifth Session: Presentation and review of our urban infill proposals. After which, the co-ordinators advised us on the proposals that we presented. 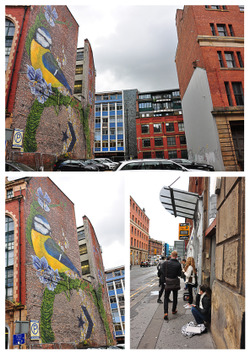 Fourth Session: First trip to both the sites. Here we had to pick one of the sites for our urban infill ideas. 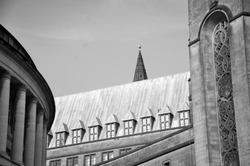 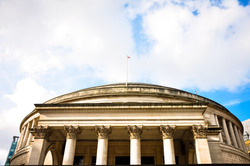 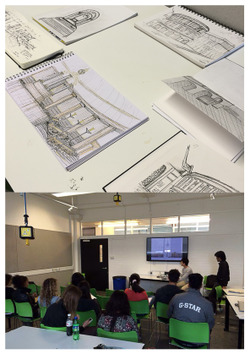 Third Session: A presentation by the fifth year co-ordinators on Urban Infill. Along with a review of the sketches from the previous session. 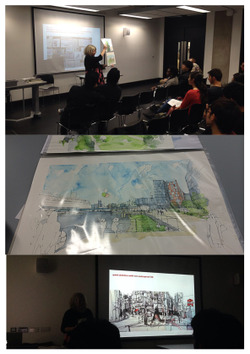 First Session: A presentation given by Simone Ridyard on Urban Sketching. Simone explained what her group, the Manchester Urban Sketchers do. Also, she gave us tips on sketching while showing us examples of her work. 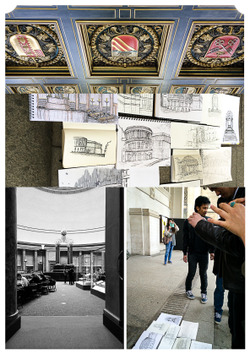 Second Session: After the introduction talk by Simone Ridyard, the afternoon was spent at the Manchester Central Library with the Urban Sketching group.