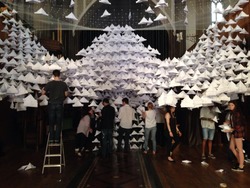 Taking down the installation- rather tricky to salvage every hat. 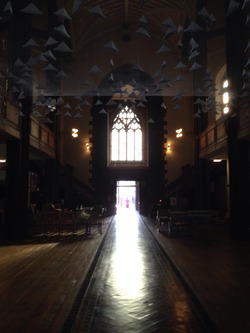 Show over, guests have dispersed, the end of the event. 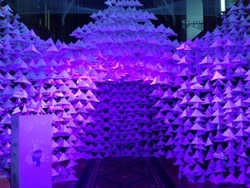 Ready, set, go. Fashion show about to begin... lets see if the hats stay up! 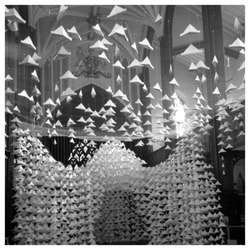 From 'clouds' to 'sky'. The concrete design plan abandoned for a more spontaneous formation. Initial concern that these threads would detract from the main screen, however, there's a loose symmetry to the new additions- transforming the installation from a flat screen to a sculptural piece running through the space. 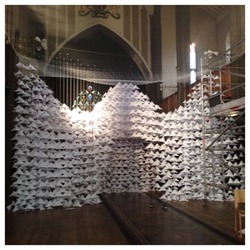 Screen on 15.05, currently discussing the addition of 'clouds' and wether they are necessary- from straight on the screen appears 2D and flat- an attempt to bring the installation into the entire space was decided upon and planned for 16.05 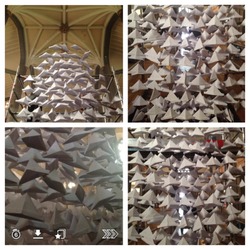 First section of the installation complete on 15/05/14. A system of reshapers/'plump'ers, passers and hangers works rather efficiently for a speedy process. 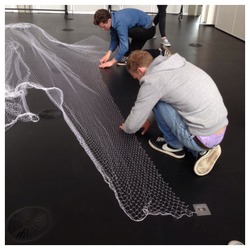 Counting loops to determine the central point of the net. 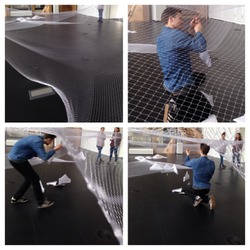 Hanging hats to see how much sag each string would approximately create. 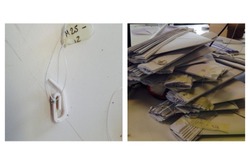 Attaching hooks to hang the hats. 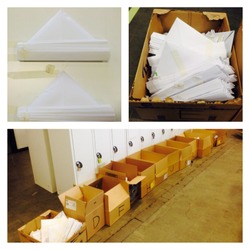 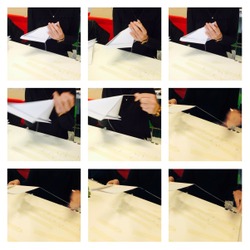 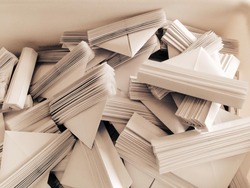 Proposal- Ephemeral-
Further screens made of hanging information cards, to be partially dismantled at each shows' conclusion via inviting the audience to take the cards away. The cards become a catalyst for re-engaging people with Stockport and millenary. Each card included different information- from the hat designers in the show to the history of millenary in Stockport- #bringhattingback was to be a social media platform to be launched during the show, and then carried through after in an attempt to reinstate Stockport in the hat design world. 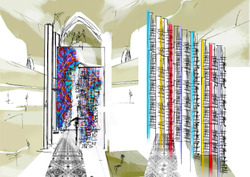 Proposal- Site specific-
Rebecca + Rachel
Rather than taking inspiration from the process of hat making, we decided to respond to the site. Here we incorporated the stain glass window (that is hidden as part of the 'green room' area for the fashion show) by hanging screens that projected light from the window back into the church, thus keeping the ambience of the space.