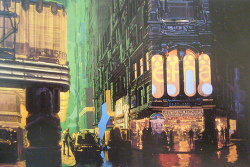 We looked at the film Bladerunner and used it as a small case study to see how signage could be installed and depicted in the not too distant future. 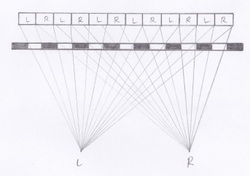 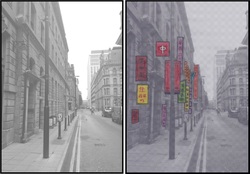 Two black and white images of a street less than 20 metres away from the main heart of Chinatown. The image on the left is the original, while the image on the right shows how adding a few signs using tracing paper can really change the character of a place.

It also allows you to visualise how different the streets around Chinatown really are. 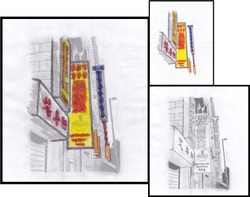 Another sketch showing how adding colour really changes and alters the feel and character of an area.

We had to look at how changes in population would change how people advertise in Chinatown. More people would create a larger audience to advertise a product or service to. 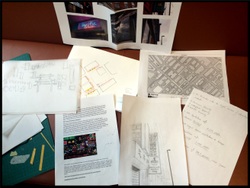 A photograph that shows some of the ideas and thoughts we had while deciding what our proposal would be.
The image contains a few sketches, simple site analysis, maps and information on population trends in Chinatown. 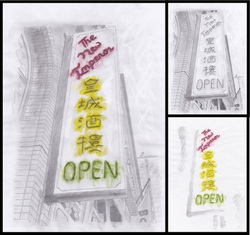 We decided that our proposal would revolve around signs in Chinatown. These three sketches show an existing sign found outside a small restaurant in the heart of Chinatown. 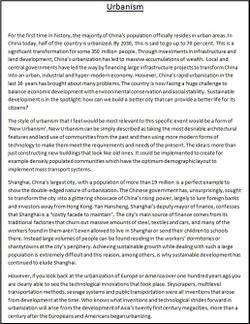 Short Essay On Urbanism In China