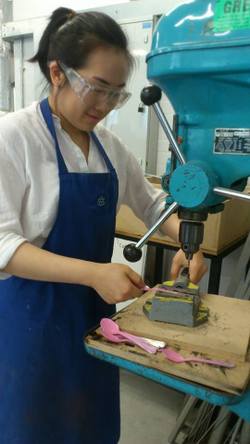 DAY 5: Drilling holes in the spoons and spray painting. 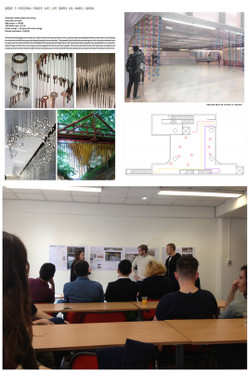 Day 3: PRESENTATIONS! All the presentations went really well, however no decision was decided on which project to choose from. 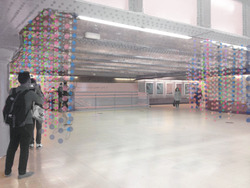 Day 2: We began to further develop our ideas throughout the day. We established the we would only use part of the site by adding in hanging 'instruments' where the person could pass by and interact with the site by simply running their fingers along the strings which would make a 'chime' noise.

Day 1: Visited the site and watched how the space was used. We saw how the people only used the space for a matter of seconds.

By the second half of the day we presented our ideas in individual groups of 3's and 4's.