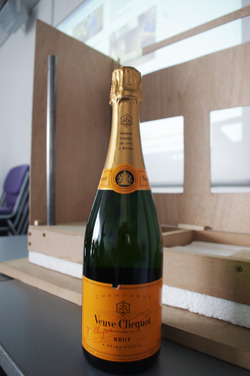 Bottle of champagne for the winners!! 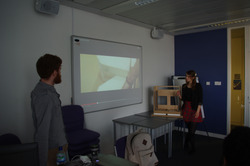 Final crit, in partnership with John Bridge from Croft Goode Architects. Our group won the prize for best design base on the fact we used the concept of growing organic material for the buoyant base. 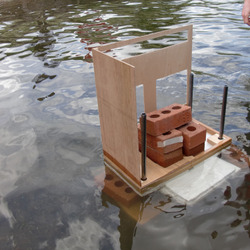 We went to sale waterpark to test out the floating structure in competition with the other groups. The weight of the family was scaled to the weights of bricks and calculate at 7. Our structure managed 6 bricks.

We devised a ratchet system of doubling the height of the shed in the event of flooding. This meant that the shed can be used as normal throughout the year with a ready made sleeping space available above when needed in an emergency. 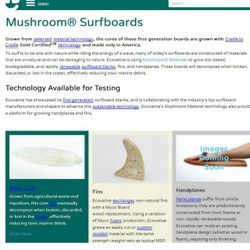 For the buoyant base, we discovered a company in the US that was growing mushrooms as a substitute for polystyrene. The root is used to make building insulation and they had even started using it for the core of surfboards. This is the material that we have suggested for the base specifically for these properties. 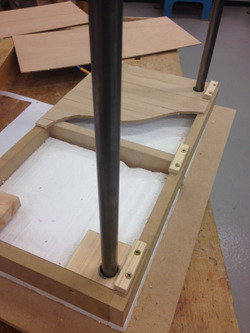 The image shows the corner detail in the prototype model where the steel pylon runs inside a steel sheath attached to the base. The sheath is housed in a reinforced plate to cope with the forces of the moving water.

We completed the buoyant base prototype model in workshop using mdf for the frame and steel tubing for the vertical pylons. As water levels rise the structure moves up the steel keeping afloat but not drifting away. 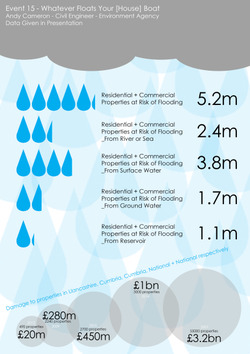 An infographic I produced from the data presented by Andy Cameron of the Environment Agency on flooding statistics across the UK. 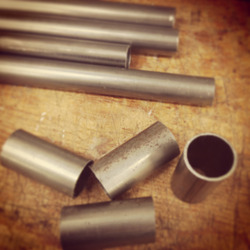 8 Steel tubes I cut for a 1:10 model of the floating system implemented in the base. The 500mm lengths represent the steel pylons concreted into the ground, with the 50mm lengths acting as the steel collars fixed to the base in which the pylons fit inside. 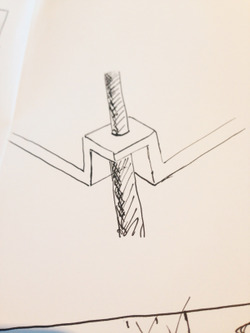 A sketch experimenting the corner detail of the base/ pylon connection based on the issues brought up by Andy Cameron on mechanical seizure on parts close to the ground. The movable parts are elevated here to reduce this risk. 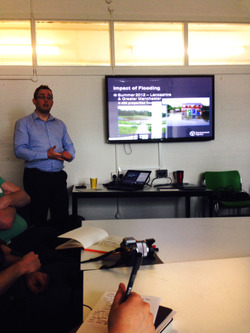 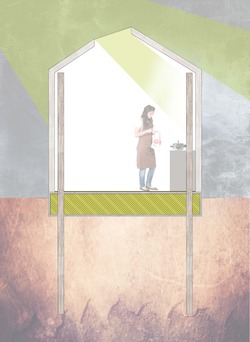 To scale at 1:10 showing a section through the proposed buoyant structure, pylons and envelope showing possible program in he volume 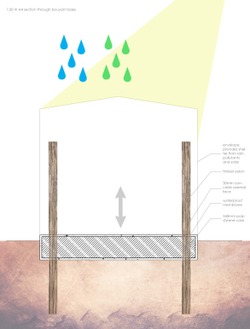 A section at 1:20 on A4 through the buoyant base. The external material is made up of concrete with a waterproof membrane between this layer and the organic core that provides the buoyancy. (The section is a cut through the proposed base and pylons. The structure above is a representation of the volume given by the brief, not an actual proposal for the form of the envelope) 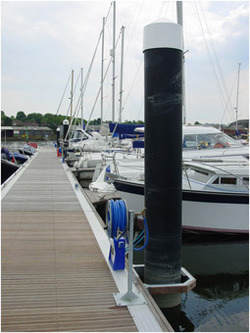 A precedent photograph of a floating deck fixed into place by a collar fitted around the vertical pile. The deck is allowed to move up and down with the tide and so we propose to use similar technology in our group proposal in the event of flooding. 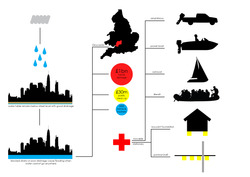 An infographic I produced to explaining the causing of flooding, its effect on the Gloucester area as the site and the ideas for disaster relief floating architecture. 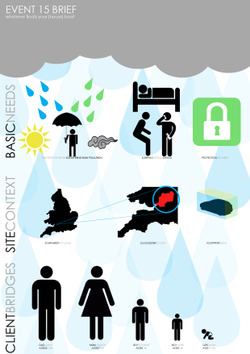 An infographic I produced to summarise the requirements of the brief set out by the client.